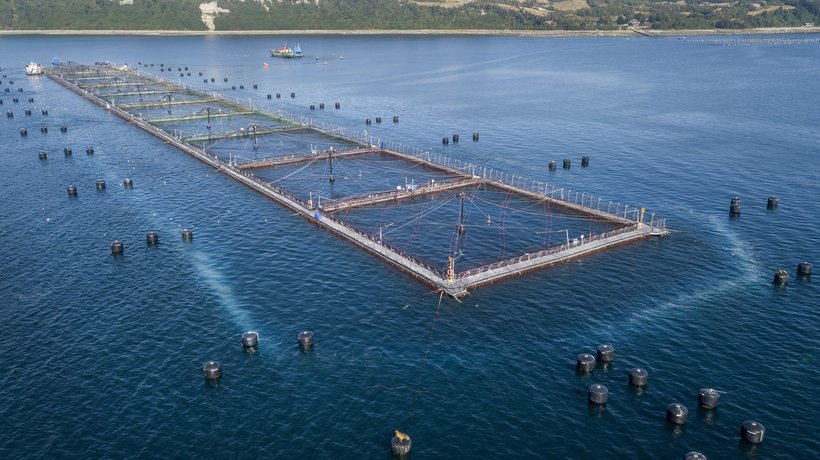 A gene with a major role in resistance to Infectious Pancreatic Necrosis Virus (IPNV) that can cause high mortality levels in farmed salmon and trout has been identified in a study by a team of scientists. The study was carried out by the Roslin Institute and Hendrix Genetics, together with the University of Stirling, the Centre for Environment, Fisheries and Aquaculture Science and Uppsala University.

The gene affecting resistance to a viral disease in Atlantic salmon has been identified using CRISPR gene editing technology. This discovery, made using a combination of genomics and gene editing technologies, provides insight into why some salmon are resistant and others are susceptible to IPNV. The findings could lead to more accurate selection of breeding fish, which would contribute to ongoing successful disease control, using a process known as marker-assisted selection, in salmon farming.

The control of Infectious Pancreatic Necrosis Virus using marker-assisted selection in salmon breeding has led to a marked reduction in outbreaks, saving millions of salmon per annum. The discovery of a gene underlying this effect may facilitate more accurate selection, and also open the door to possible future avenues of disease control in strains or species where the marker-assisted selection is not possible.

With genetics we are able to support the global food challenge. Genetic technologies like gene editing and marker assisted selection offer ways to innovate or accelerate sustainable solutions. Disease threats are still one of the major challenges of any protein value chain and finding ways to fight these will help us to set new standards for sustainable animal breeding.

The study, one of the first to apply gene editing to disease resistance in farmed fish, highlights potential applications of the technology to improve resistance in other salmon strains or similar species such as rainbow trout.

Researchers used data and samples from a previous disease study of young salmon and applied whole genome sequencing to fine-map a DNA region that had previously been linked with resistance to IPNV. Their search to pinpoint genes within a major region previously identified as affecting disease resistance highlighted a gene known as Nedd8 Activating Enzyme E1 (Nae1).

Researchers then used gene-editing technology to remove the Nae1 gene from salmon cells and, in separate experiments, used chemical methods to prevent the Nae1 enzyme formed by the gene from functioning in salmon cells.

In both cases, limiting the function of Nae1 in cells that were exposed to the virus led to a significant drop in replication of the virus in those cells.

The Nae1 gene is known to be involved in a biological process linked to the replication of viruses in other species, including in humans, suggesting that similar biological pathways may be behind IPNV infection in salmon.

The paper was published in the journal Genomics, and supported by the Biotechnology and Biological Research Council, part of UK Research and Innovation, and by Hendrix Genetics. The gene editing research formed part of the consortium project AquaLeap.

Collaboration with USDA on Disease Resistance takes next steps.

For many years, Troutlodge and the USDA have worked together to improve resistance to Flavobacterium phychrophilum, the causative agent of Bacterial Cold Water Disease (BCWD) and Rainbow Trout Fry Sy…