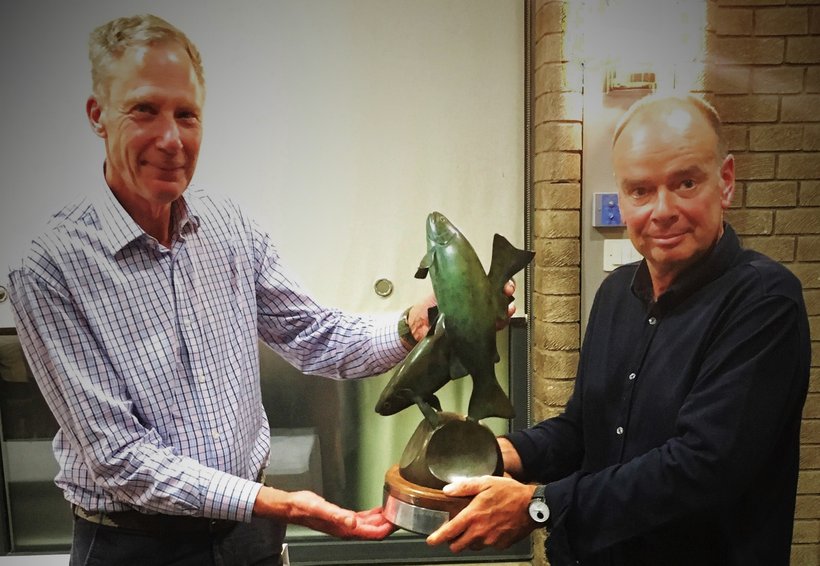 The British Trout Association recently held its annual conference and dinner in Stirling, Scotland. The conference was attended by leading trout farmers and industry associates where Jon Handley, Sales Manager for EMEA, was awarded the Peter Jones Memorial Award for his years of service in the industry.

The theme of this year’s conference was “UK Trout – Preparing for Challenges & Changes”. Key topics included marketing, nutrition, vaccines, and genetics. Scotland’s Rural Economy Minister, Fergus Ewing, opened the conference where he voiced the government’s support of the aquaculture industry, trout farming in particular. He also suggested that he would intervene to accelerate fish farmers’ licence applications.

Jon was then honoured at the conference dinner by being presented with the prestigious Peter Jones Memorial Award for distinguished service to the trout farming industry.

Oliver Robinson, Chair of the BTA, presented the award and highlighted Jon’s years of expertise in the trout industry. His experience ranges from production, nutrition, feed, and most recently, breeding and genetics.

In his acceptance speech, Jon reiterated Fergus Ewing’s sentiment that “trout is a fantastic product”. He also expressed his passion for the industry and dedication to supporting it, wherever and however he can.

Congratulations to Jon on his award and well-earned recognition from the industry.